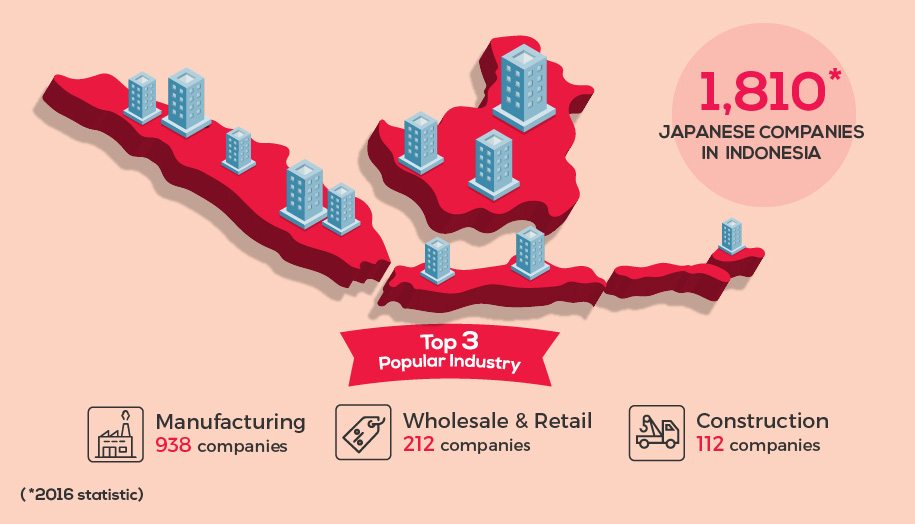 There are approximately 18,167 Japanese people living in Indonesia (October, 2016), the number of Japanese population has been increased by 1.2% every year from 13,792 in 2012. Jakarta, the capital city of Indonesia is the most popular city where 50% of Japanese people reside.
source：http://www.mofa.go.jp/mofaj/toko/page22_000043.html

Soekarno–Hatta International Airport is the main airport in Indonesia. It is located 20 km northwest of Jakarta’s city centre. There are 2 simple ways to get from the airport to Jakarta:
Taxi is the most convenient way to get to the city centre. It is widely recommended to catch a Blue color taxi as it is the most trusted taxi company in Indonesia. The trip usually takes around 30-60 minutes depending on traffic. Taxi fare is something around 150,000 – 200,000 rp.
Bus to the city is the cheapest option which usually costs around 40,000 rp. You can simply take the one that has ‘Jakarta’ written on or Gambir (train station) where you can take a short walk to the city centre.
source；https://jakameshi.com/travel/planning/transport/airport-transportation/
source：https://hotelista.jp/concierge/airport-access/cgk.html
source；http://www.id.emb-japan.go.jp/visaj_09.html
source：https://hotelista.jp/concierge/airport-access/cgk.html
source：http://www.jakanavi.com/tips/64/